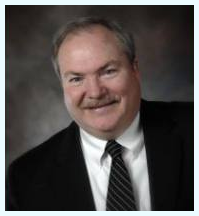 Bruce was born in Warren, Ohio in 1959.  His father, Emanuel Daugherty, is a gospel preacher.  He married the former Gayle Gleaton of Fairview, Georgia in 1981.  He and his wife have two sons:  Mike, age 34, is married to Hillary, lives in Chicago, and works in advertising.  Mike and Hillary have one son, Jack.  Vince, age 31, is married to Tiffany and is an associate minister with the S. Florida Ave. Church of Christ in Lakeland, Fl.  Vince and Tiffany have two sons, Ellis and Judah.

Bruce received his B. A. in Bible from Freed-Hardeman College in 1981.  He received his M. A. in Church History from Harding Graduate School of Religion in 2006.

Bruce served as an associate minister for the Reynoldsburg (Ohio) Church of Christ from 1981-1983.  He was a missionary in Cervignano, Italy from 1983-1990.  He preached for the Beville Road congregation in Daytona Beach, FL from 1990-2000.  He preached for the 10th & Clairmont Church of Christ in Cambridge, Ohio from 2000-2011.  In November 2011 he returned to Beville Road to serve as their preacher which position he currently holds.  He has held gospel meetings in Florida, Ohio, West Virginia, and Tennessee.  He has participated in campaigns in Ohio, Virginia and in Italy and Africa.  He has written articles to West Virginia Christian and other publications. He teaches Church History and Restoration History in the Florida School of Preaching and the West Virginia School of Preaching.

Bruce is administrator for the website:  ohiovalleyrestorationresearch.com.  The website is dedicated to sharing the fruits of research in the history of the Restoration movement in the Upper Ohio Valley.

This past year, Bruce and his son Vince, began The Persistence of Christian Memory, a podcast sharing conversation on topics drawn from Church history and Restoration history.